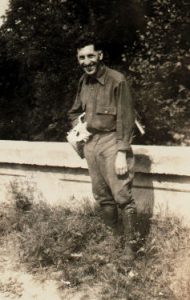 Dr. Ray C. Friesner was born in 1894 in Bremen, Ohio. He received his A.B. from Ohio Wesleyan University in 1916 and his Ph.D. in 1919 from the University of Michigan. He was an instructor at the University of Michigan during 1918 and 1919. In the fall of 1919 he became assistant professor of botany in the Biology Department of Butler University, Indianapolis. He became the head of the new Department of Botany the following year. In 1947 he was appointed Dean of the College of Liberal Arts and Sciences, and retained both positions until his death on December 1, 1952.

Dr. Friesner met Dr. Charles C. Deam, nationally-known Indiana botanist and author of “Flora of Indiana” and other books on Hoosier plants and became interested in field taxonomy as practiced by Dr. Deam. He set about collecting and identifying every species of higher plant unreported for Indiana or for the county in which it was found. His collections total 25,500 and are housed at the Friesner Herbarium, Butler University. Dr. Friesner was also a widely recognized authority on the goldenrods, in which he published monographs. Each year he compiled the Indiana Plant Distributions Records, supplements to Deam’s “Flora of Indiana.” 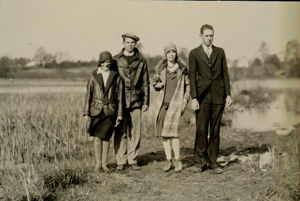 During his more than thirty years of service to the Botany Department at Butler University, Dr. Friesner supervised the development of the departmental library and the Butler University Botanical Studies. Under his direction, the department was able to expand its course offerings and grow. In a plaque erected by his students, Dr. Friesner is remembered as an inspirational and understanding teacher, a sympathetic and generous friend, a wise counselor, and a renowned scientist in the field of botany.